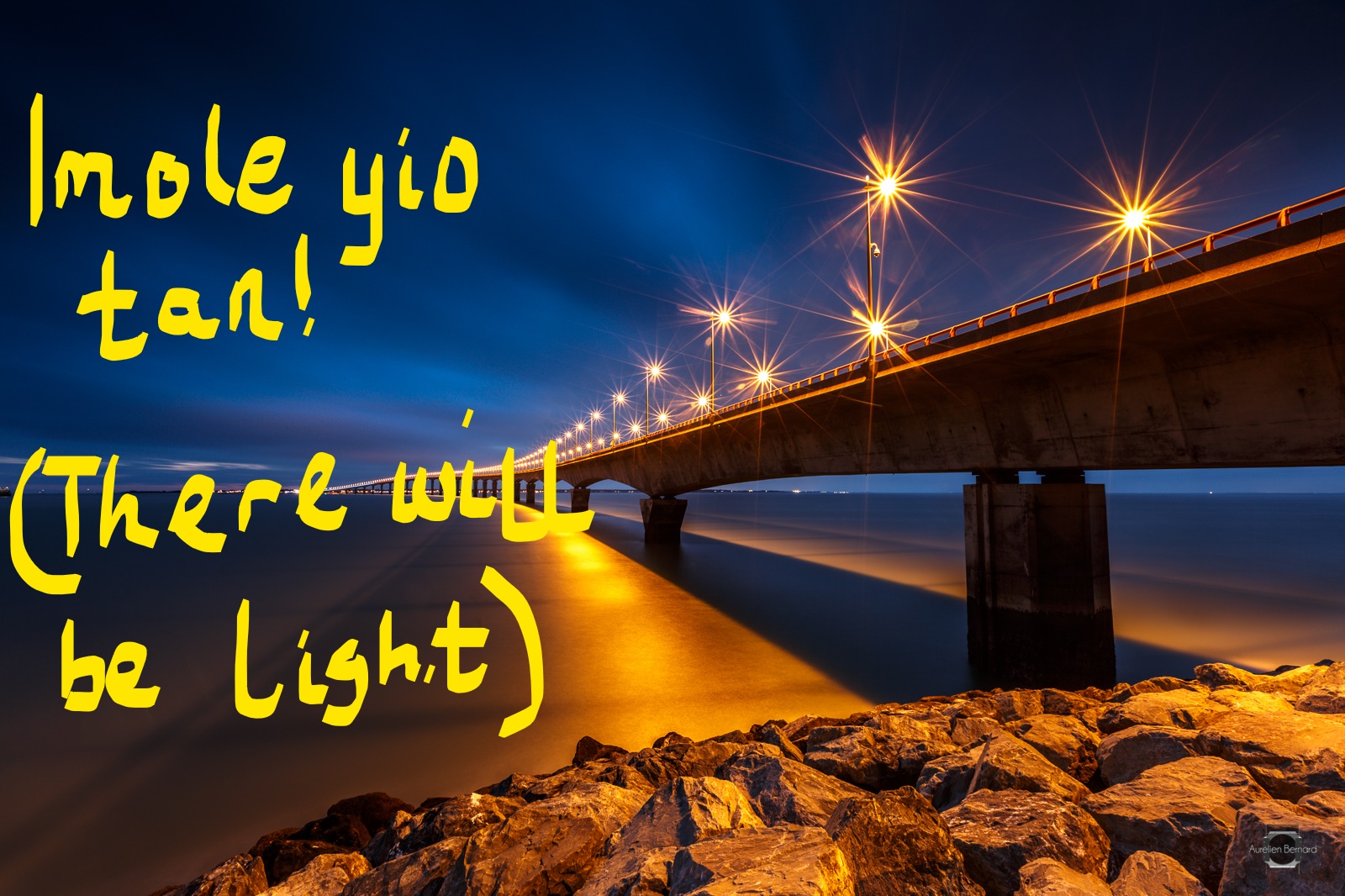 That Light Will Shine (again)!

I remember asking certain rhetorical questions when there were no suitors coming; I'd ask myself:'What it would feel like to get married''What my wedding day would look like''What it would feel like to get pregnant or carry a pregnancy'(I remember, I once asked myself) 'if I would even ever be married or be pregnant or experience what it feels like to breastfeed a child'You see, all those questions were answered, even though I asked them within myself, with no one but God to provide the answers. As a matter of fact, they were answered physically, publicly (not privately)!I woke up this morning asking myself yet again certain questions, and God chose the time to remind me of the questions above and the time I asked them. He reminded me of how I thought I was just asking myself rhetorical questions,  when indeed there would be answers and there would be someone to answer them (HIM)! Then suddenly,  while still meditating …
Post a Comment
Read more 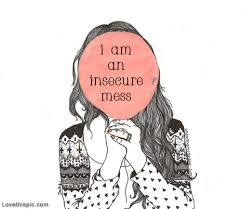 The stories are based on SOS 1:14: My beloved is to me a cluster of henna blooms in the vineyards of En Gedi

Dressed in a new mustard-yellow knee length dress with a matching belt by the waist, I check myself in the mirror again for the umpteenth time. I decided to let my lustre hair down for the first time in months – it’s full and shoulder length with a glow. I had permed it the day before; I didn’t need an attachment because my hair is long enough. Turning around in front of the mirror, with my dress twirling round me, I just want to be sure I look breath-taking enough for Dennis, my very handsome Dennis.
Dennis had invited me for their end of year party at the office and this time he won’t take a ‘no’ for an answer. Ever since we started our courtship 3 months ago, he had wanted to introduce me to his boss, who supposedly wanted to meet her best staff’s fiancée, but I just couldn’t go. I didn’t see the need to, or better still, I didn’t think I was ready to meet her. I wanted her to…
Post a Comment
Read more 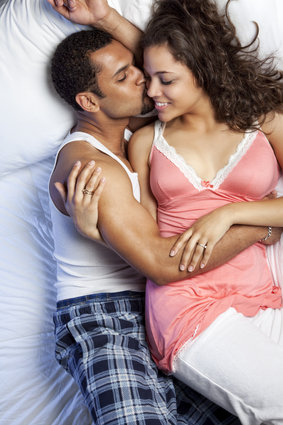 Hmmm, whatever happened to the butterflies that used to fly in one‘s stomach during courtship period? Now that you are married, you no longer feel them in your stomach. Suddenly, they stopped flying! Could it that be someone cut their wings? Could you be that someone?
credit: huffingtonpost.com

Whatever happened to that touch - that magical touch that sends butterflies to your stomach? Ah, it just feels like a mere touch now. No sparkle. No magic. No butterflies in the stomach!
Marriage is serious work! Hard work. Real work. It’s surprising how the first few weeks of marriage is beautiful and sweet. And then suddenly things start to get awry because, we soon forget that we need to put as much (even more) energy, attention and time that we put on other things and people on our marriage. Sadly, our jobs, extended relatives, friends, religion, and oftentimes children, get the most of us. And sometimes, we often forget the primary LAW of marriag…
Post a Comment
Read more 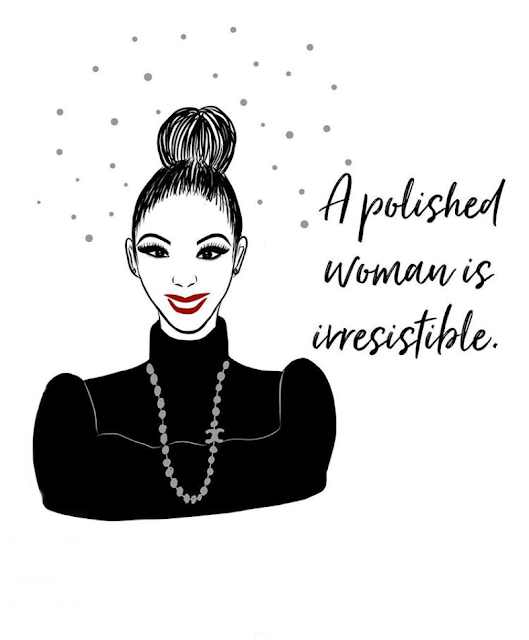 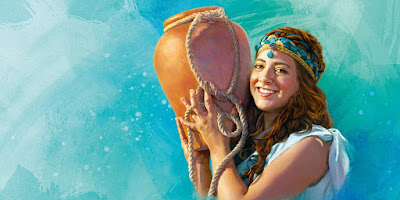 Rebecca is one bundle of great lessons. God didn’t just choose her to birth a mighty, strong and undefeatable nation; God saw in her rare virtues that weren’t common in their days (and in our days). Let’s take a look at the life of this virtuous woman from Genesis 24:
1. Rebekah…CAME OUT with her pitcher on her shoulder (Vs.15): this great woman came out or went out to work; she was hardworking and would not have her maids do the dirty work (vs. 61) and would not delegate. She would work all by herself irrespective of her status, background, and wealth (Gen 24:61). She was not ashamed to work or flaunt her work tool (her pitcher on her shoulder); she would not sit idle at home when others are working on the field.
2. Now the young woman was very BEAUTIFUL TO BEHOLD (Vs 16a): she was a woman of class and beauty. She was good looking; well dressed; she was presentable and good to associate with.
3. A VIRGIN; no man had known her (Vs.16b): she wasn’t just beautiful, she was chaste in all wa…
Post a Comment
Read more 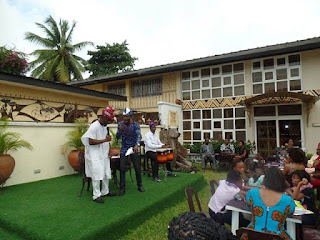 I recently did a post on 'The Bilingual Child and Grammar' (see here), because I noticed grammar is gradually loosing it's grip as a result of bilingualism. So I was glad when my friend, Olutayo Irantiola, invited my family and some of our friends, to his quarterly cultural showpiece 'Yoruba Lakotun' at Ethnic Heritage Centre in Ikoyi, in September.

It was a family outing for us in a way - my family saw it as an opportunity to unwind. But in another way, it was a means of embracing our 'slipping' culture again. And even better, we thought our child could start getting familiar with his culture (at an early age).

We, as well as other guests, didn't regret honouring the invitation.  The programme was colourful and rich - there was the 'ewi' (chant) session, interview of a Yoruba scholar and writer, dance, entertainment, refreshment and more. It was so beautiful, and all for FREE. See video here.

Another one of such programme is here again. Come Decem…
2 comments
Read more 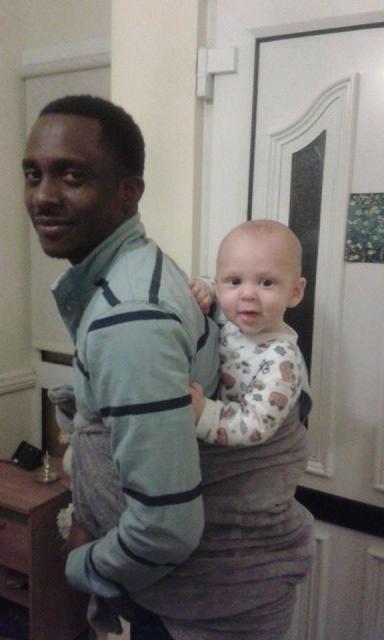 David Folowo is a Nigerian, married to an Irish woman, and together they have a son. But being married to a white woman, living in a white man's land, or learning the Irish culture will not make David forget his culture so easily. He loves the Nigerian way of life and would not hesitate to teach his wife how to be a Nigerian. No wonder David had his son backed as a way of teaching the wife how it's done in his part of the world (see picture). Now, that is a real man!

Not many people (male and female) in interracial marriage are like David. They're either ashamed of their culture or their language isn't funky enough for learning. And as you've guessed, it will be stressful to put their other half through culinary lessons. Their dishes are either boring or impossible.
In my opinion, there should be a proper balance of the different…
7 comments
Read more
More posts