It Sacred, Yet Abused 2

I really appreciate the great response I got when I wrote the part 1 of this topic. It shows that a lot of people actually share my conviction. Thanks y’all. I know I’m not alone on this, there are people that will stand up and fight for what is right. There are people like me, who’d preach the truth any time any day. 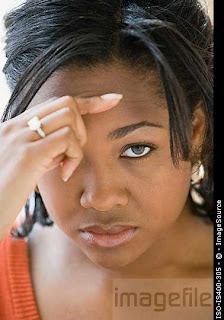 Here’s the story I promised to tell us in part 1...

Banke (not real name) was a year 3 student at the university, studying Geography, when she found herself in a dilemma. She looked at her life and thought she was already done for. It’s already the end for her. What kind of miracle can undo this horrible predicament? Wew! Banke, a lady of distinct, with high morals, is now brought low. She felt shame and disgust at herself and thought ending her life would be the best.

A virgin she was when she entered the University. Her plans were to keep her virginity till the day she’ll say ‘I do’. A lot of people – friends, family – called her old-fashioned, but she was never unperturbed. Being an introvert, she was not the type that cared about what people say about her. She does her own thing – focused, determined and calm.

Her friends envied her. They envied her calculated mind and organised nature. They just couldn’t imagine a beautiful girl like Banke, to be so organised, and also very brilliant. They just thought they can never match up to Banke’s brilliance but they could destroy her.

On a particular day, in the campus, some guys started distributing hand-bills for a bash that was to be held that weekend. Banke’s room mates as usual, after collecting the handbill, made up their mind to attend. Then one of them thought they should invite Banke maybe that would help her think of things other than book, and the rest agreed.

When they proposed it to Banke, she bluntly refused and told them she was not in school for such things. Banke’s friends were not surprised since that was not the first time she’d turned down their party offer. But her friends were not ready to give up this time and so planned to get her to the party anyhow they can.

As Banke was going to night class in the cool of the evening, she started singing as usual…she does that most of the time when going to night class, but this particular night, the song she was singing is a Yoruba song, more like a dirge. It goes …Sibe Oluwa dara, bo ti wu ko ri o

This means ‘God is still good

No matter what happens

Life’s troubles may be much

She didn’t know that that night her life will take a new turn. Hmm! She continued strolling and singing…then all of a sudden a car parked beside her and then some guys came out of the car, and before she could say ‘Jack..’ they bundled her into the car…

When she opened her eyes, she saw herself covered with the pool of her own blood…she looked around her to see if she could call anyone for help, but no one was around. She tried to stand up but realised she could not lift her legs, she felt very helpless, hurt, wounded…She’s just been RAPED!

Who raped her? She thought. She couldn’t even place the guys who abducted her; but a voice was very familiar, very very familiar. Whose voice was it? She couldn’t place it, but she knew that voice. Banke tried once again to get up (she didn’t even know where she was). She tried again, but the last thing she remembered was hearing her own screams…

Banke woke up to find her roommates and her mum beside her bed. She looked around herself in a daze; then slowly she looked at her mum whose eyes were already swollen because of the tears she’d been shedding. Her mum looked at her too and Banke attempted to smile just so she could reassure her that she was ok. That was when her mum broke down in tears, and told her all was not well that she’d been in Coma for 3 days…and none of them (including her roommates) could sleep. Then Banke, being the strong one that she usually was, smiled and told her mum she couldn’t die; at that her mum and roommates cried some more; they cried and cried till Banke was convinced that there was more to it than her being in Coma for 3 days. After all, she was well now, what’s the big deal? All that’s left for her is identifying the guys that raped her.

After 3 weeks, Banke was still at the hospital, her mum was with her. She was already getting tired of the hospital after series of operation. Yes, operation! The night Banke was raped, the guys that raped her used sharp objects on her when they couldn’t penetrate; they cut her, wounded her and did all sort of rubbish to her, all in the name of SEX. But Banke took all of it as her fate, not knowing there’s more…

A week after she asked her mum what she was still doing at the hospital since she was ok. All her mum did was weep and weep and weep, till Banke screamed, ‘Mum, there’s something you’re not telling me and I have to find out now!’

Then her mum drew her closer, patted her, and wept some more and delivered the bombshell to her – a bombshell that will render Banke handicapped for the rest of her life… As a result of the sharp object that was used on Banke the night of the rape, her womb was ruptured and so was removed, so Banke would not be able to give birth again. Not only that, on that same night,, she lost so much blood, that they wanted to give her more blood to resuscitate her; her mother’s blood did not match hers and none of her friends’ either; they did get a blood that matched hers after serious search for 2 days but the nurse that fixed the blood for her didn’t bother to take the blood for test and approval before giving it to her…She had already taken 2 pants before they realised and by the time they thought of testing the blood, it was already too late… They induced a HIV positive blood into Banke’s system!

Banke’s destiny was finished because of a quick SEX. It turned out that the guys that raped her were asked to go and bring Banke to the party forcefully by her roommates. One of the guys was Banke’s closest friend’s boyfriend. An innocent life was ruined; her destiny was destroyed; her future was terminated….

What do you think Banke should do?